I have a son and now I know how it really feels to have a child who loves to run, climb, fall, bang, pull, scratch (!) and even wrestle.

Not that I am complaining, but boy he is more challenging than his sister, especially at this age of 2 where there is literally no negotiation or reasoning possible (he'll just ignore me, really) and continue with his business.

Last month, I was invited to My Hero-Scar campaign launch by Hiruscar, a scar-healing and care brand that helps to reduce the visibility of scar on our skins. 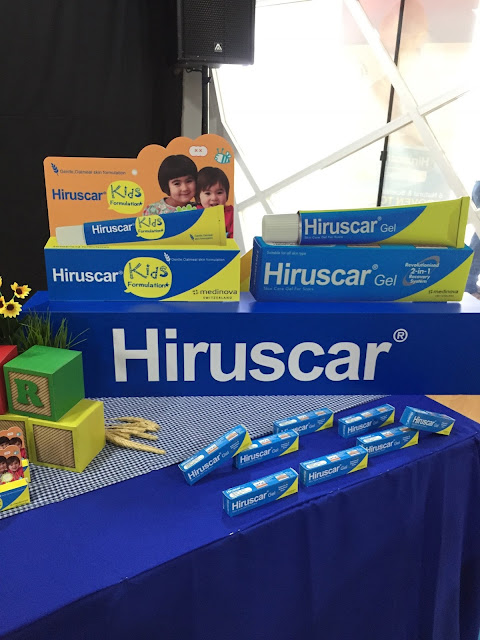 During the event, I was delighted to be hearing from Dr Priyadarshini Srinivasan, a psychologist and lecturer at the Department of Psychologist, Sunway University. Dr Priya gave a talk about the importance of PLAY as a significant tool for parenting.

Now wait a minute, all those banging, falling, climbing is actually good, according to Dr Priya. Because, the kid is actually learning A LOT.

I guess it is normal for us parents to turn a little overprotective over the kids, when the truth is sometimes we just need to let them loose and release their energy through play.

Outdoor play especially, benefits the kids tremendously as it helps with their emotional and physical development.

For example, play helps them boost their creativity and imagination and it also teaches them problem solving and collaborations. 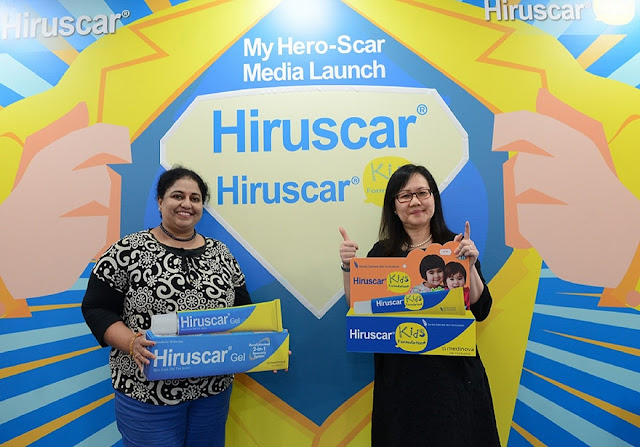 Interestingly, playtime actually helps older kids release stress and energy, thus helping their brains perform better academically. Theory is when the kids release energy, their minds will be more free and liberated from restrictions and pent-up energy that we always see during their meltdowns.

The thing is, with play, comes the risk of bumps and bruises which many parents would want to avoid (naturally, I guess).

Don't ask me how much scar Khaleeli has on him. Not major ones thankfully, but little scrapes and bruises are quite a normal sight. And he really doesn't mind it. LOL.

Dr Priya suggested that what we can do as parents is just let relax a bit and let them loose and play as they want. As long as the surroundings and materials are safe and age appropriate, we really should give them some space to explore and learn from their valuable playtime.

I think that is pretty doable.

As for the bumps and bruises and the potential scar, Hiruscar has brilliantly came up with Hiruscar Kids, a kid-safe scar care product that we can use daily on the kid's scarring to help reduce its visibility. 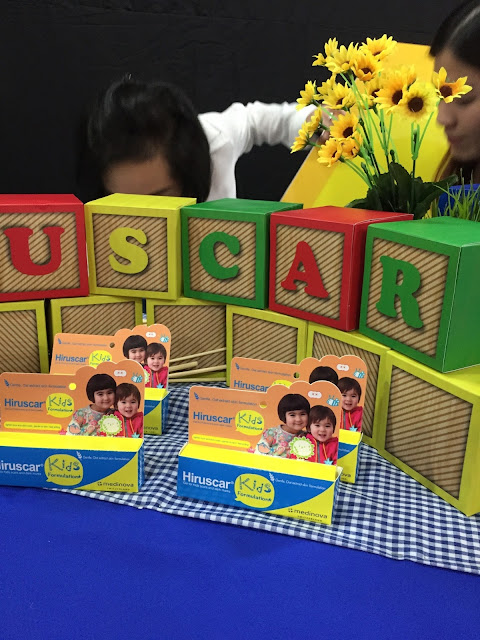 I have used the adult version on my scar and after a few weeks of using it one of the scars are actually gone! Well, of course you gotta use it consistently and it works best on new scars ;)

What I love most about it is that it is not greasy and it smells like jasmines :)

Thank you Hiruscar for introducing your brand to our family and everyone here at Mommy Confessionals! :)