I have never really thought that my own child would have an imaginary friend.

Even if she does, I would have never thought that it would be in a form of a superhero.

Yes, Bella's imaginary friends are the complete gang of TMNT, and her favourite ones are Leo and Donnie.

She takes them everywhere. Sometimes to school, carrying them in her pocket. They will have their own spot in the car, and she will actually make a fuss if I accidentally "sat" on them.

Of course her favourite show would be the Teenage Mutant Ninja Turtles series on Nickelodeon.

A brand new episode "Trans-dimensional Turtles" is debuting today at 6pm at Astro Channel 612, if you are in Malaysia like us, and what is awesome about it is that the turtles are going to be transported to back in time.

They'll meet their '80s alternate-reality selves and join forces to beat the '80s Krang and Kraang Sub-prime (I bet you'll know who they are if you are an avid fan like Bella!).

What is more awesome is that those '80s turtles voices are also going to be played by the same voice cast used back in the 80s too!

To celebrate, our amazing friends at Nickelodeon has also sent us some cool stuff from TMNT merchandise and a set of buildable TMNT MegaBloks toys. 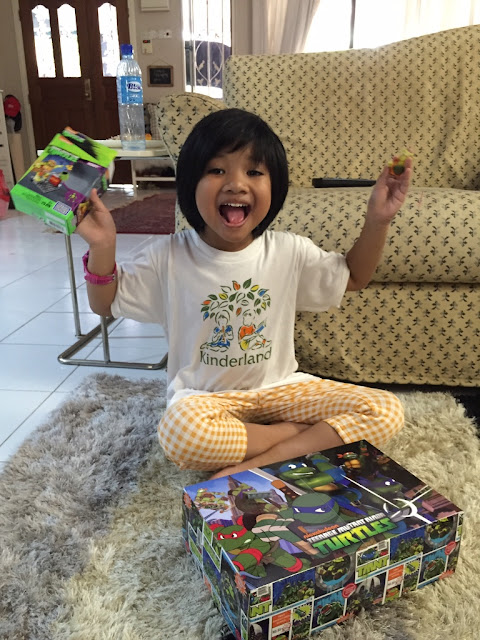 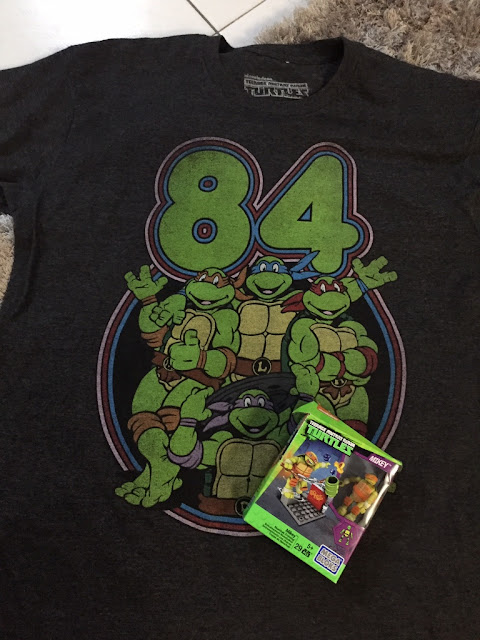 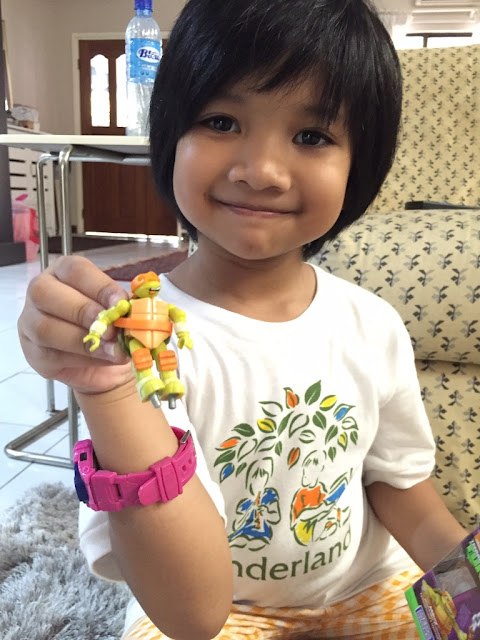 She was over the moon to be receiving these awesome stuff, and mommy gets to wear this rad 80s TMNT T-Shirt (although she actually insisted that it was hers).

So don't forget to tune in to Astro Channel 612 this afternoon to watch the brand new episodes ok guys?