Are you ready for the General Elections? 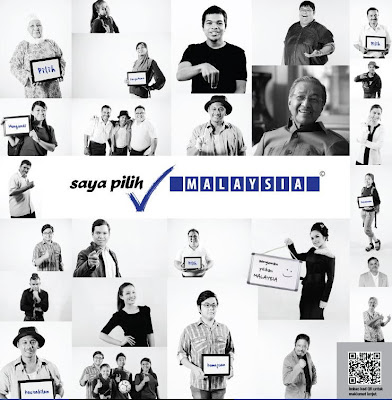 If you are Malaysian (i think most of you are) and patriotic like me, most likely you are now eagerly waiting for the next General Election.

The Parliament is supposed to dissolve anytime soon, and as what I have heard, there is a probability that it would be let to die a "natural death" by end of April.

Whenever it is, are you ready for the GE and what comes after it?

I used to be ignorant about politics, thinking of it as some lame thing and like I doesn't matter. But as I grew older and settled down, I realized that it does, and so here I am busy thinking about the politics of my beloved country. And most importantly, exercising my rights and responsibility as the people of a democratic country.

See, I am the kind of person who thinks too much. It is not easy for me to just swallow all the facts and stories told about the current government and the oppositions. There are always flaws and qualities in each party, and their principles are justifiable too.

Oppositions going against a government is healthy, it strikes a balance. A good opposition is supposed to better the government.

What annoys me most though is the constant bickering, the blaming game and the sometimes childish drama that they play. Sometimes the case was too obvious, but neither of them wants to take a higher road. It is so annoying.

In Malaysia, unbiased news and updates about both sides are very scarce. Printed papers are allowed to be partisans, and we see them being very pro-government especially the mainstreams. Most of the broadcast media also are partisans. So what is left for us the people?

Exaggeration seems to be a norm nowadays, and with that it only makes me not trust the information even more. It's not that everything is wrong, but you can never tell how far has it been exaggerated and what is the real truth behind it.

As the people, I think we deserve unbiased information. These days we have got to make an effort to find out about it.

It's no surprise that most of our people have set their minds though, and I wish it is that easy for me. Some people are very partisan and passionate about their choices, even to the extent of becoming enclosed into a box of their own thinking and presumptions. Even playful sour comments about their parties sends them up to the roof, they get overly defensive. And when they are, their true colors just make it worst.

People like me have problems deciding because we choose to balance out the information, and perhaps because we think too far ahead. Or we have trust issues with all politicians or parties (especially with the silly bickering). Or maybe because our minds are too open. And in the end we end up provoking the partisans and challenging them.

There are too many things to be evaluated prior to deciding my vote. Anyway when the time comes I hope that the choice I made is the best that I can, even with a scarcity of real information.

So how about you? Are you ready for GE now? Are you voting or you just don't bother? Share your thoughts :)
Labels: coffeethoughts current affairs